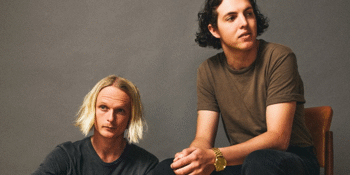 Hockey Dad had a huge start to 2020 starting the year with the biggest shows of their careers at Laneway Festival across the country and in New Zealand. Then we all know what happened..

After two months of COVID-related delays and a postponed set of drive-in shows, Hockey Dad released their third studio album, Brain Candy. Now a mere 6 months later, after seeing the album named in NME's album of the year list and peaking at 2 on the ARIA charts, Hockey Dad get to take it on the road.

Don't miss your chance to see Windang's finest as they hit Freo this April.

Check out the video for 'Itch' below